There's the D.P., Producer, and A.D... but are you familiar with the director's other right hand person - the Script Supervisor? On the next Double Down Film Show we'll break it down with Premium Script Supervisor, Rachel Connors, who's helped to keep things on point for dozens of indie features and tv shows through the years.

All of this and more will be revealed on this week's Double Down Film Show. Get more practical tips and real talk about working in the film and tv industry every week.

The Double Down Film Community is Blowing Up the Scene!

This past month saw not one, but two, Double Down Film Show listeners and community members get major recognition for their new projects and some great ink in major publications. I've kept in touch with both of these filmmakers as they launched these projects and it's always mad inspiring to watch filmmakers and projects grow and take off.

In case you missed the news...

LORIEN GREEN, GETS A WRITE UP IN WIRED MAGAZINE FOR HER DOC, GOING CARDBOARD Check out the Wired Magazine Article.

Peep the article in The Hollywood Reporter.

Proof positive that hustle, drive and creativity can still overcome a lack of resources. Congrats to these original members of the Double Down Film Community. Don't stop. Get it. Get it.
Posted by Anthony Q. Artis at 9/28/2009 08:52:00 PM No comments: 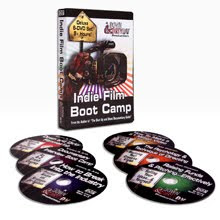 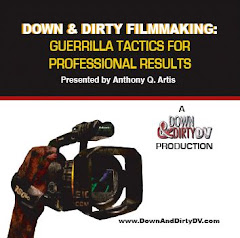 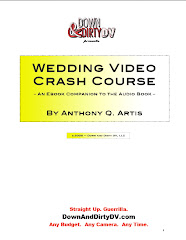